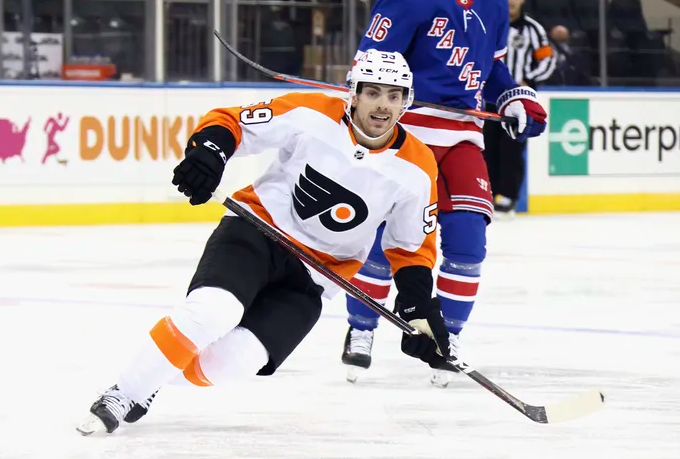 Lehigh Valley, PA – The Philadelphia Flyers have announced that forwards Jackson Cates and Gerry Mayhew have been returned to the Lehigh Valley Phantoms according to Flyers President of Hockey Operations and General Manager Chuck Fletcher.

Mayhew, 28, had just been recalled to the Flyers earlier this morning. He leads the Phantoms with nine goals and is tied for the team lead in points with Morgan Frost with 15. The Ferris State was AHL MVP (Les Cunningham Award) in the 2019-20 season when he led the league with 39 goals while playing for the Iowa Wild

Cates, 24, played in two games with the Flyers in the past week which included his first NHL goal last Thursday at Montreal. The undrafted rookie free agent out of Minnesota-Duluth has scored 2-4-6 in 19 games with the Phantoms this season.

The Lehigh Valley Phantoms return to PPL Center on Tuesday night against the Hershey Bears.