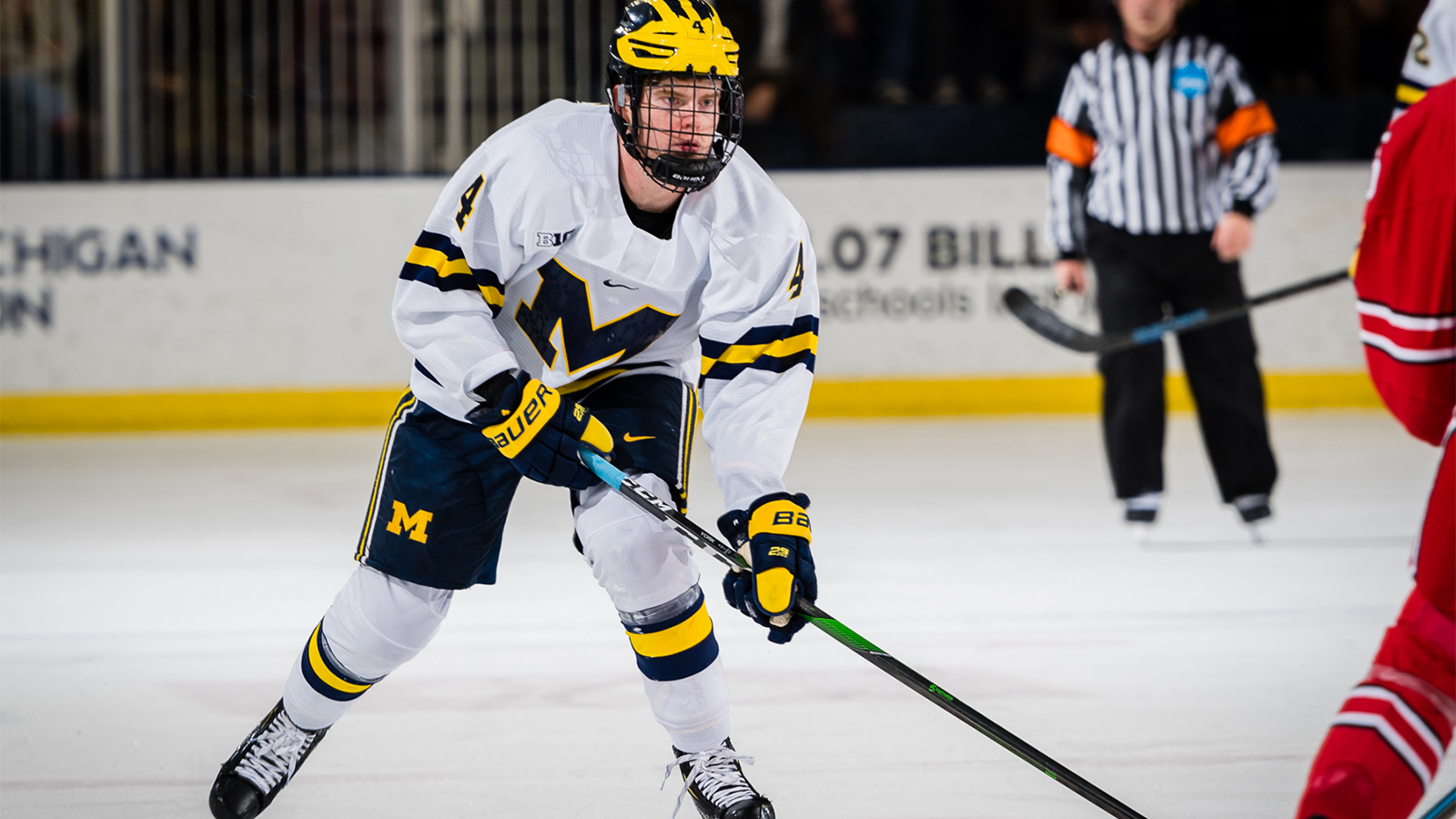 Lehigh Valley, PA – The Lehigh Valley Phantoms have announced that defenseman Cam York has been assigned to the Phantoms by the Philadelphia Flyers. The Big Ten Defenseman of the Year at the University of Michigan and captain of the USA World Juniors team which won the gold medal in Edmonton in January was the first-round selection (#14 overall) of the Philadelphia Flyers in the 2019 NHL Entry Draft.

York, 20, just completed his successful sophomore campaign with the Michigan Wolverines where the slick, puck-moving defenseman recorded four goals and 16 assists for 20 points in 24 games. As the captain of the USA team at the World Juniors in Edmonton, York scored one goal and five assists for six points with a +4 rating in seven games. The Americans beat the favored Canadian team 2-0 to take the gold.

Prior to joining the University of Michigan, York played for the USA National Development Program where he set a franchise record for points in a game in a seven-point performance against the Youngstown Phantoms when he recorded a hat trick and tacked on four helpers in an 11-3 win.
York is 5-foot-11 and 185 pounds and is a southern California native from Anaheim Hills. He became the highest draft selection who grew up in Southern California when the Flyers chose him 14th overall.