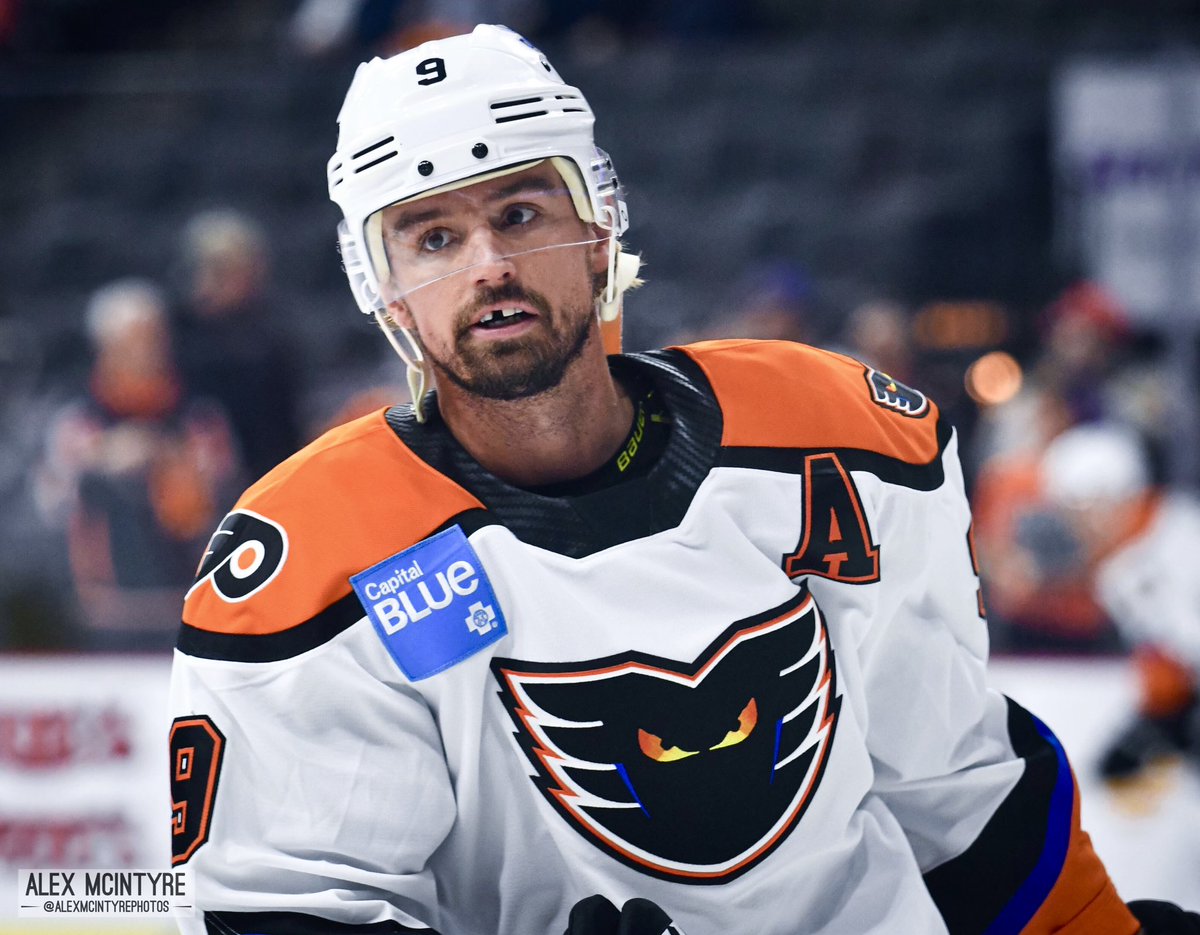 Lehigh Valley, PA – The Captain is Back! The Lehigh Valley Phantoms have announced that veteran center Cal O’Reilly has signed a one-year AHL contract for the 2021-22 season.

The 34-year-old from Seaforth, Ontario has played in 899 professional games in North America including 751 games in the AHL and 145 games in the NHL. O’Reilly is the American Hockey League’s active scoring leader with 633 points which also places him 35th all-time. Last season, he became just the tenth player in AHL history to reach the 500 assist milestone.

“I’m very excited to come back to the Phantoms this year,” O’Reilly said. “Obviously last year we had a very good year. We had a real good team, a great group of guys, young guys to older guys. When it worked out to come back I definitely was excited and jumping on the opportunity.”

This will be O’Reilly’s third season with the Phantoms and his 16th in professional hockey. He is a five-time AHL All-Star selection.

“I’m very excited to have more of a normal season next year,” O’Reilly said. “Obviously, it seems like it’s going to be pretty much back to normal. With a lot of people being vaccinated and everything. It’s going to be amazing to get in buildings with fans, especially our fans who are great. We usually get pretty close to sellouts most nights. That’ll be great to have that atmosphere back for the games.”

O’Reilly was also honored on May 27 with the prestigious Fred T. Hunt Memorial Award recognizing the AHL player who best exemplifies sportsmanship, determination and dedication to hockey.

“I had no idea I was up for it,” O’Reilly said. “I was totally shocked and surprised. I’m very honored to represent our team and receive that reward. It’s a big honor and it was great.”

O’Reilly has been captain of four different teams (Lehigh Valley, Iowa, Utica, Rochester) and has scored 130 goals with 503 assists in his 751 games in the American Hockey League. With the Phantoms in the past two seasons, O’Reilly has played in 84 games scoring 10 goals with 42 assists for 52 points.

On March 26, 2021, he had three assists in a win at the Binghamton Devils to reach 500 career AHL assists. At the Phantoms’ next home game, Cal was surprised on the ice during a promo timeout with a recorded video-board message from his brother, Ryan O’Reilly of the St. Louis Blues.

“I was very surprised for that game when he did that message. I had no idea. He didn’t tell me, no one in my family did. My wife was surprised by that (too). So that was real nice of him and a cool idea by you guys to get him involved.”