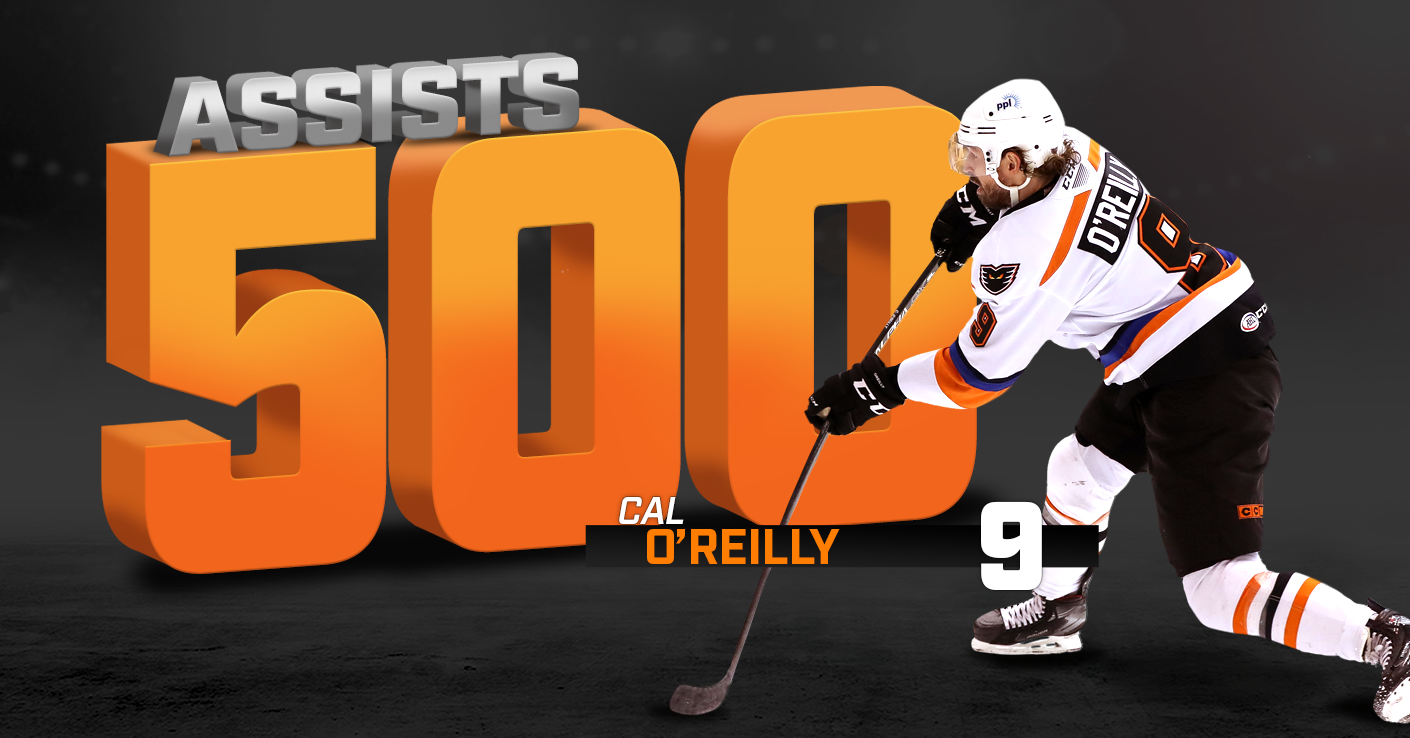 O’Reilly is just the 10th player in league history to reach 500 assists.

It’s been quite a year (and change) for the O’Reilly family. Last year, Cal and Terra O’Reilly became parents to two beautiful babies. Cal’s Mom, Bonnie O’Reilly, made headlines two months ago when she donated her kidney to their family friend in the Toronto area, Graham Nesbitt, who used to open the local rink at early hours for Cal and his siblings. 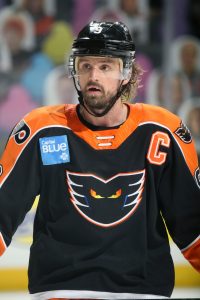 The 34-year-old Toronto native is in his 15th professional season and is a five-time AHL All-Star. In 742 career AHL contests with Lehigh Valley, Iowa, Toronto, Rochester, Utica, Portland, Wilkes-Barre/Scranton and Milwaukee, O’Reilly has totaled 129 goals and 500 assists for 629 points, good for 36th all-time in scoring.

O’Reilly has also skated in 88 playoff games in the AHL, recording 15 goals and 44 assists for 59 points. He reached the Calder Cup Finals with Milwaukee in 2006 and with Utica in 2015.

A 2005 draft choice by Nashville (fifth round), O’Reilly has played 145 games in the NHL with Nashville, Phoenix, Pittsburgh, Buffalo and Minnesota, recording 16 goals and 33 assists for 49 points.