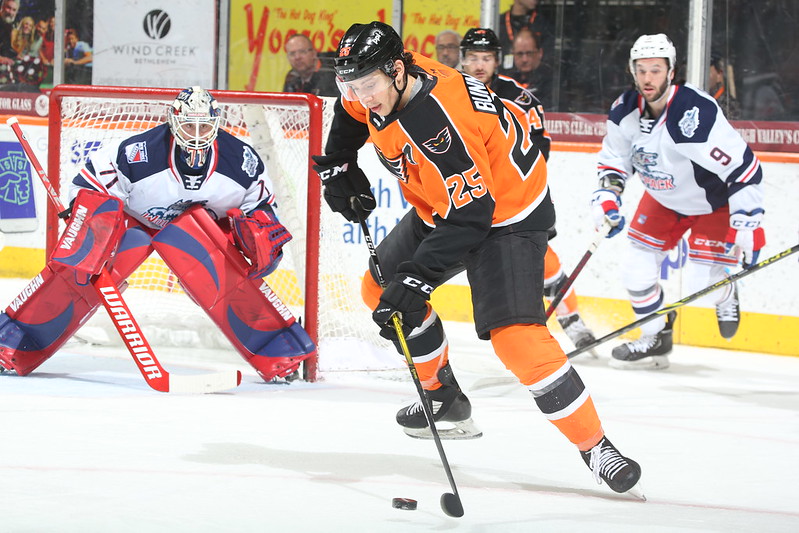 Phantoms Wish All the Best to Connor and German

Lehigh Valley, PA – The Philadelphia Flyers announced that a pair of Phantoms forwards were involved in the Claude Giroux trade on Saturday evening. Connor Bunnaman and German Rubtsov have been traded to the Florida Panthers organization whose AHL affiliation is the Charlotte Checkers.

The Flyers acquired forward Owen Tippett, a first round pick in 2024 and a third round pick in the 2023 NHL Entry Drafts in exchange for forwards Claude Giroux, Connor Bunnaman, German Rubtsov and the Flyers’ fifth round pick in 2024, according to President of Hockey Operations & General Manager, Chuck Fletcher.

Rubtsov was selected by the Flyers in the first round (22nd overall) of the 2016 NHL Entry Draft and has played parts of three seasons with the organization. He spent a majority of his time with the Phantoms where he recorded 29 points (10g-19a) in 93 games and appeared in four games for the Flyers.

The Lehigh Valley Phantoms return to action on Wednesday night at the Hershey Bears.