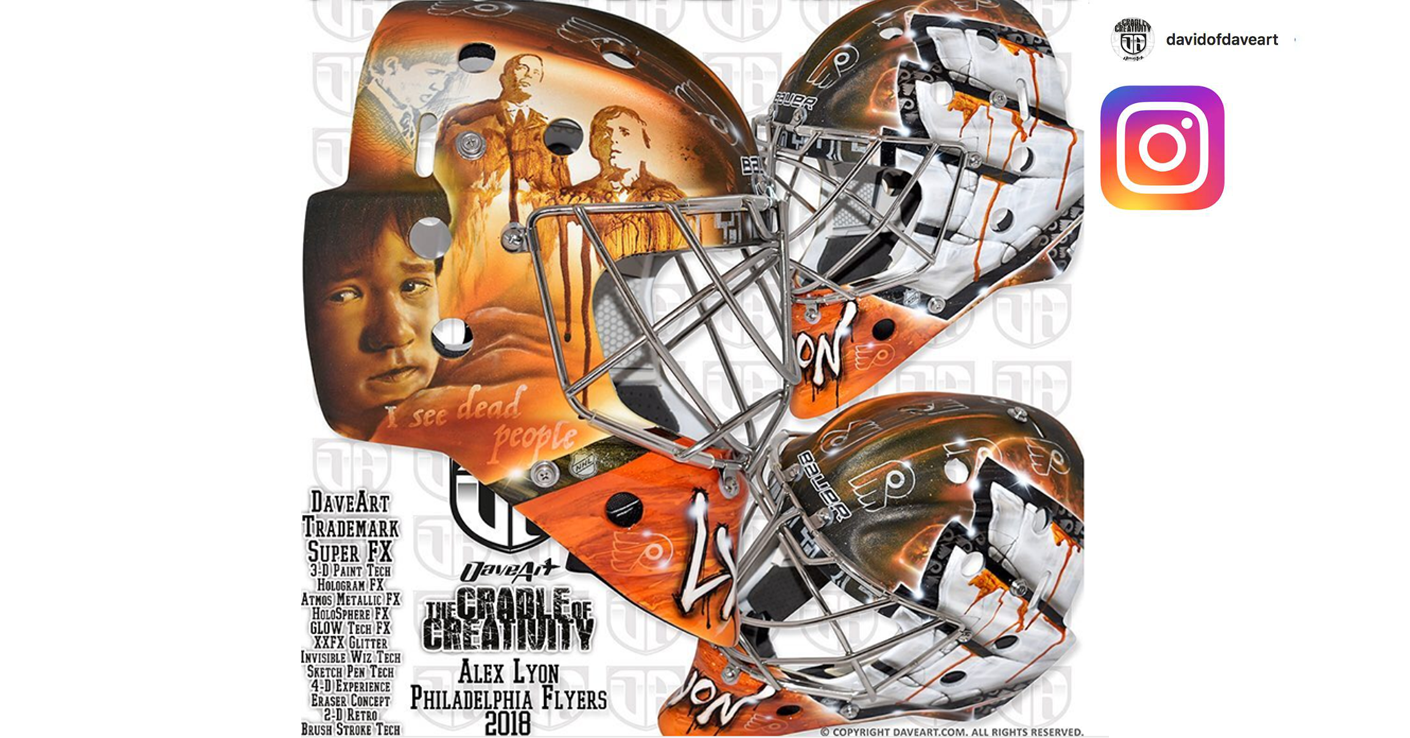 I am very humbled and proud to be the mask artist for Alex Lyon. It is with a pleasure we unleash Alex Lyon’s latest Flyers mask for the coming season. The mask is the third chapter in his series of tribute masks to classic horror movies…. This Philly based movie was an honor to paint on a mask… It is created in a non symmetical way so when the mask turns from side to side it gives an extra scary effect… Parts of the painting is created in an unpleasant and scary style with the running orange colors… The paintings on the side are painted with 3 different paint techniques, I love the challenge to mix paint techniques and create it into one unique painting. One painting is created with freehand airbrush, the next with freehand sketching✍, and the next with freehand brush… The DaveArt 4️⃣-D Experience is also added to enhance to the storytelling on the mask, and also all the DaveArt Trademark Super FX✨ is unleashed. Thank you Alex, it is awesome to be your painter. #alexlyon @philadelphiaflyers @lehighvalleyphantoms @daveart @nhl #DaveArtTheCradleOfCreativity @theahl #DaveArtTheStoryteller

The mask, featuring characters played by Bruce Willis and Haley Joel Osment, was painted and designed by David Gunnarsson of “Dave Art”, who introduced the mask on Instagram.  Gunnarsson easily found inspiration for this concept as Sixth Sense was primarily filmed in the Philadelphia area.

Adorned with the famous quote from the movie – “I see dead people.” – Lyon’s new helmet also features a Flyers logo that is oozing orange, several other Flyers logos around the mask and also has his name on the chin.

This is Lyon’s third horror-themed mask created by Gunnarsson. His first featured the clown Pennywise from the movie It and the second included Jigsaw from the popular Saw movies.