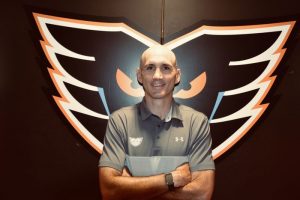 Laperriere, 47, becomes the 11th head coach in franchise history. He hails from Montreal and was a round 7 selection of the St. Louis Blues in the 1992 NHL Entry Draft. He played in parts of three different seasons in the AHL from 1993-96 with the Peoria Rivermen and Worcester IceCats.