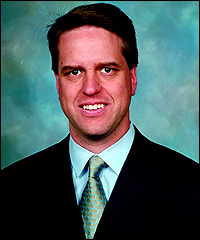 Barry Hanrahan was named Assistant General Manager of the Flyers during the 2005-06 season.

Previously, Hanrahan served as director of team services and assistant to the general manager respectively for the Flyers. Hanrahan joined the Flyers in 1997 after a six-year tenure with the Tampa Bay Lightning. A recent graduate of Widener University School of Law in Delaware, Hanrahan also holds a Bachelor of Science degree from Florida Southern College, concentrating in sports management. He and his wife, Lisa, reside in Haddon Township, New Jersey with their three sons, Jack, Ty and Cam.