The Lehigh Valley Phantoms Development Hockey Camp will take place from July 17 to July 21 at the Steel Ice Center in Bethlehem, Pennsylvania, and is a perfect summer activity for children who are looking to improve during the offseason.  Our camp will feature over two hours of on-ice instruction as well as an hour of both off-ice training and games/stick skills.  Both lunch and drinks are provided and each camper will receive a special jersey.  Camp pricing: Skater $450; Goalie $200.  For questions about the camp, feel free to email hockeycamp@phantomshockey.com.

Our camp offers a challenging, fun-filled camp experience that includes: 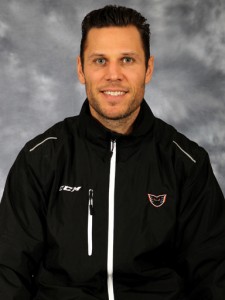 • Phantoms Assistant Coach each of the last
7 seasons
• Spent the last 13 seasons with the Flyers/Phantoms organization as both a player
and coach
• Calder Cup Champion in 2005 with
the Phantoms
• Known for his toughness and never-say-die attitude, Cote played
in 156 career NHL games (all with the Flyers) during which he registered 7 points and 411 penalty minutes
• As an Assistant Coach with the Phantoms, Cote has worked with the team’s forwards and defensemen as well as assisting with
special teams 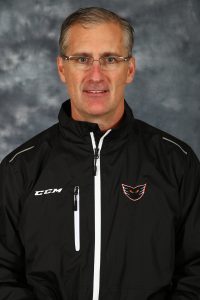 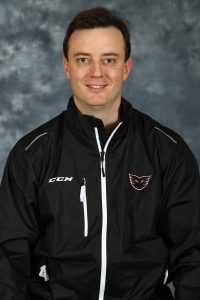 • Just completed first season as Phantoms Manager of Hockey Operations
• Spent past five seasons as Director of Hockey Operations at Penn State University and served in that same capacity at Harvard University the two prior seasons
• Before that, Downey spent two seasons as Assistant Coach with Penn State’s club hockey team where he was active in recruiting and assisting with the launch of Penn State’s NCAA program
• Began coaching career as Assistant Coach with Reading Royals
• As a player, attended Penn State University from 2001 to 2004 and then appeared in 58 career ECHL games