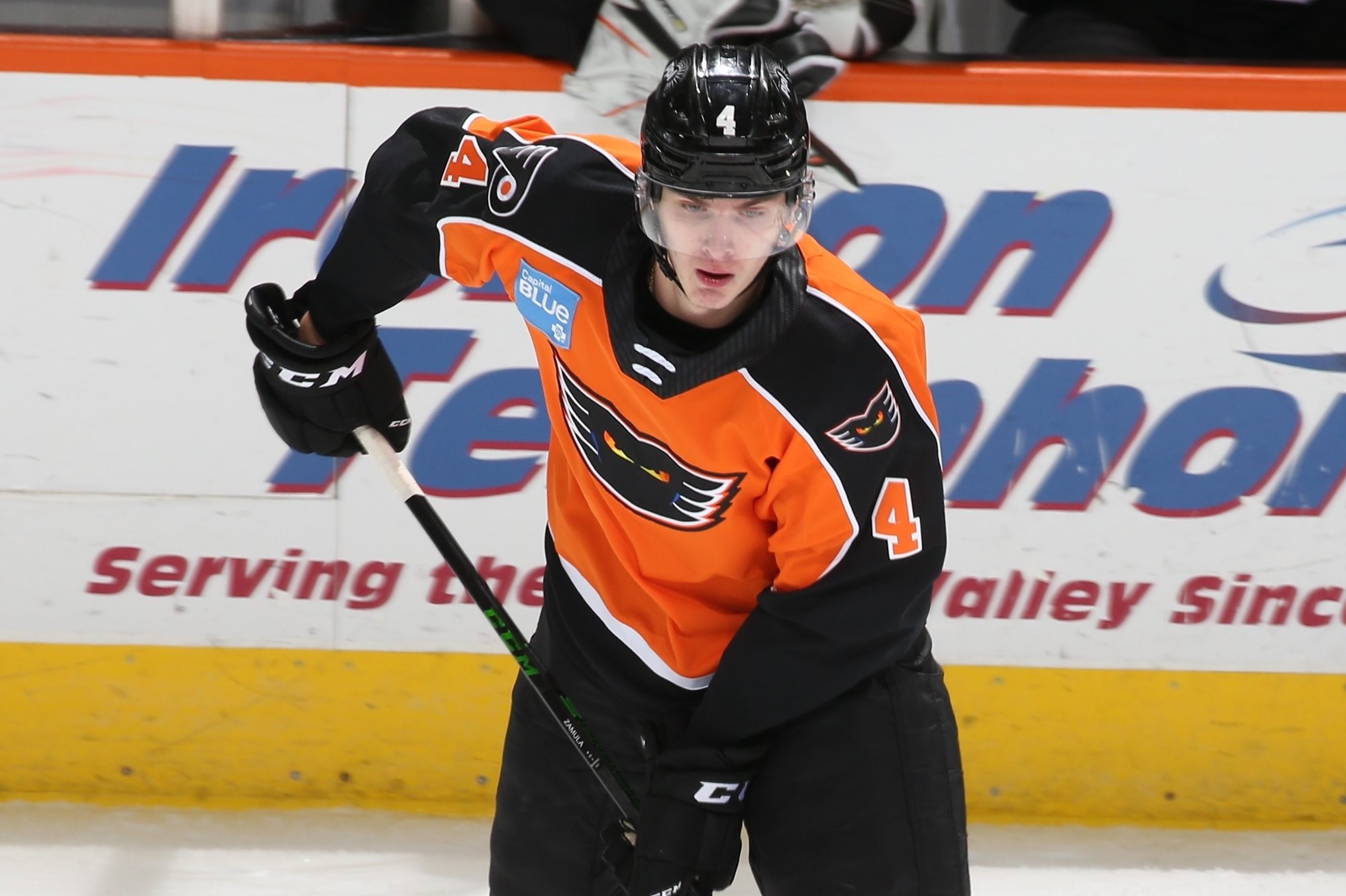 Willman, 26, made his NHL debut last week and played in two games for the Flyers. The Barnstable, Mass. product scored nine goals with seven assists for 16 points with the Phantoms in 30 games last year. He was named CCM/AHL Player of the Week on March 1, 2021 following a four-game streak in which he scored six goals including an overtime winner. Later that month he was signed to an NHL contract to begin in the 2021-22 season. The 6’0″ winger with a lefty shot played collegiately at Brown and Boston University.

Zamula, 21, is a 6’3″ defenseman from Chelybinsk, Russia. He played in 25 games with the Phantoms last season registering six assists. He also received a recall to the Flyers in his rookie professional campaign in North America in which he made his NHL debut as part of a two-game stint.

Hodgson, 25, is a Windsor, Ontario native who began Phantoms training camp on a tryout contract. He impressed during the preseason and earned an AHL deal. Hodgson played for Wheeling and Utah in the ECHL last year registering 8 goals and 10 assists in 44 games with 127 penalty minutes. He had a 38-goal season with the Sarnia Sting in the OHL in 2016-17. Hodgson had 41 career AHL games entering this season stemming from his stay with the Cleveland Monsters in 2017-18 where he scored 3 goals with 3 assists.